Christmas at The Dean Galway

Escape to the Wild Atlantic City of Galway this Christmas 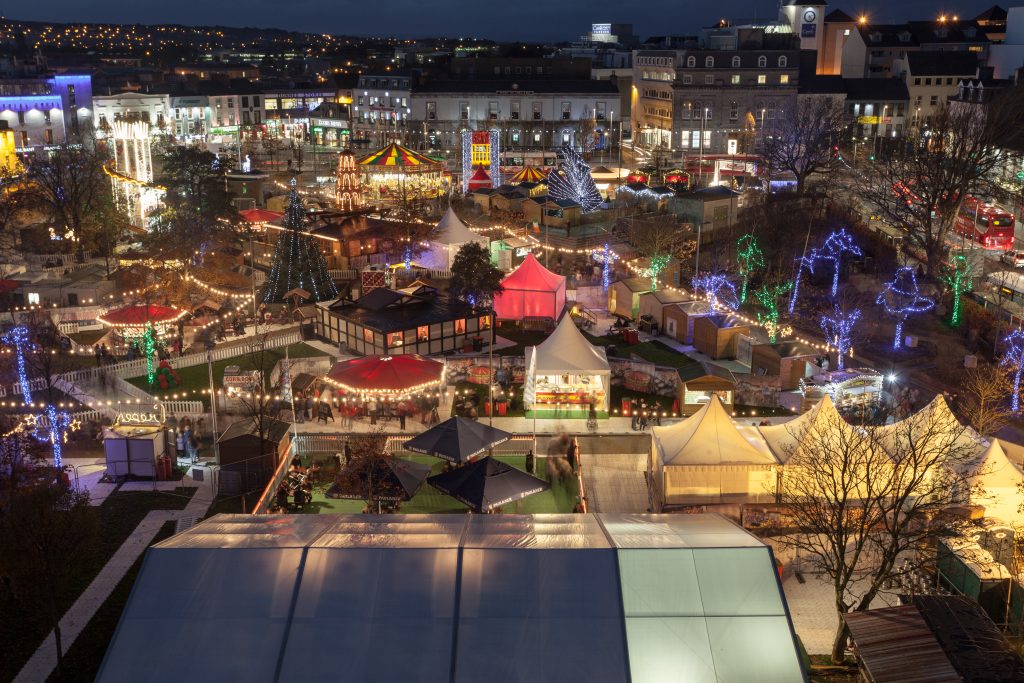 There aren’t many places in Ireland that do Christmas better than Galway. The city, nestled on the West Coast of Ireland, has become the premier location for Christmas market visitors, with over 650,000 making the trip every year to Eyre Square. The Galway Christmas Market is Ireland’s longest running festive market, with 2022 marking its 13th year. Expect to enjoy variety and entertainment and stalls located in Eyre Square, a mere stone’s throw from The Dean Galway. There are more than 50 wooden chalets, alongside the iconic Big Wheel, Carousel, Santa’s Grotto, the German Bier Tent and numerous other theatrical and culinary delights throughout the 6-week fair.

The Christmas Market is confirmed to run from Friday 11th November until Thursday 22nd December 2022. 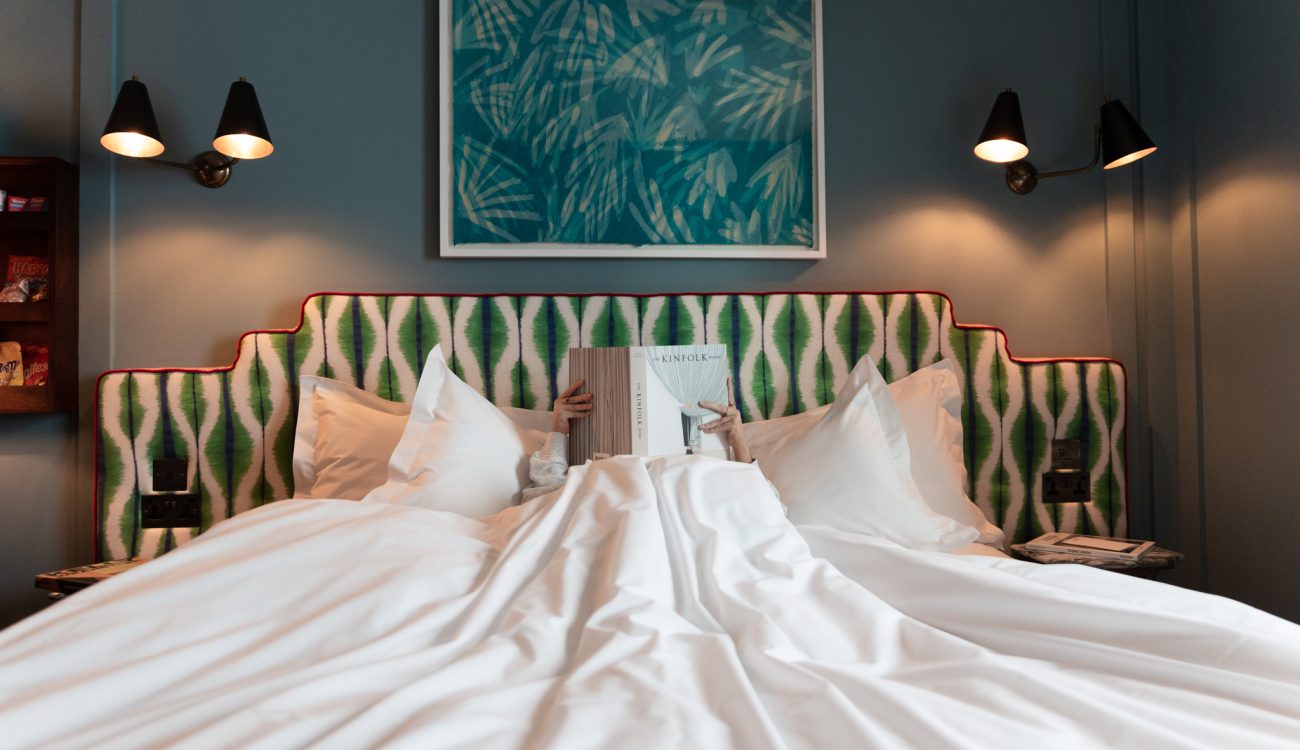 Rockin' Around The Dean

Deck the halls and get Rockin’ Around The Dean Galway this Christmas with our festive offer. Enjoy 10% off your stay with a winter warmer cocktail at The Dean Bar! Offer valid for Stays from 11th Nov until 23rd December. Hotel guests can enjoy complimentary access to Hydrotherapy Pool and POWER Thermal Suite. 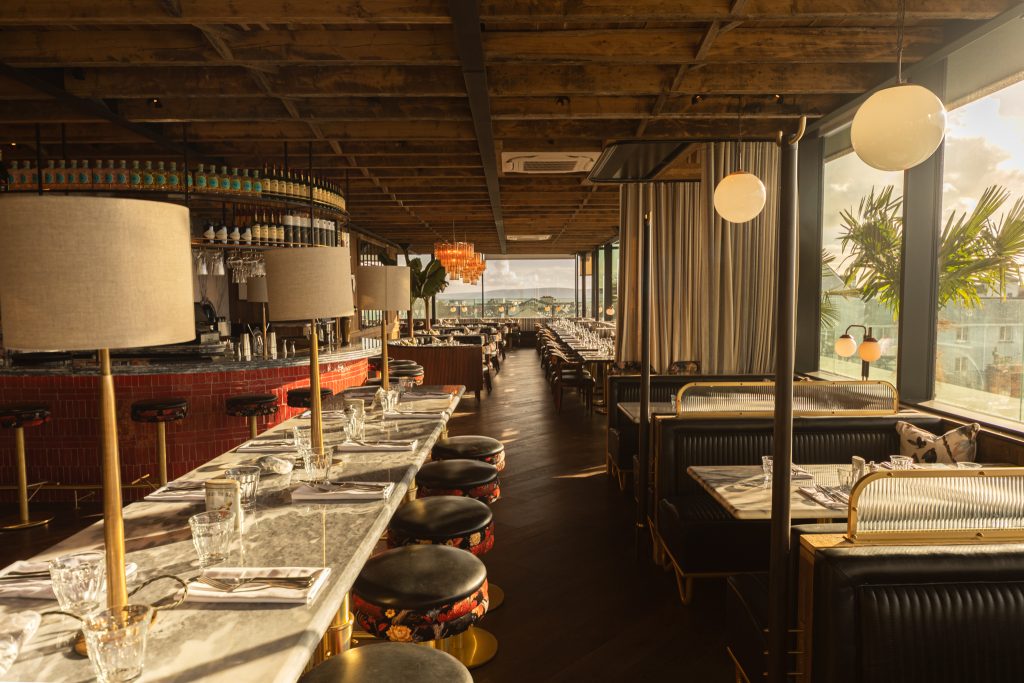 We are bang in the heart of Galway City, with ultra-modern, multi-functional spaces – the ideal spot to host your Christmas party. Each space combines state-of-the-art technology with a timeless style. Combine with our rooftop restaurant Sophie’s and ground floor Elephant & Castle, you’ve got yourself one hell of a party. 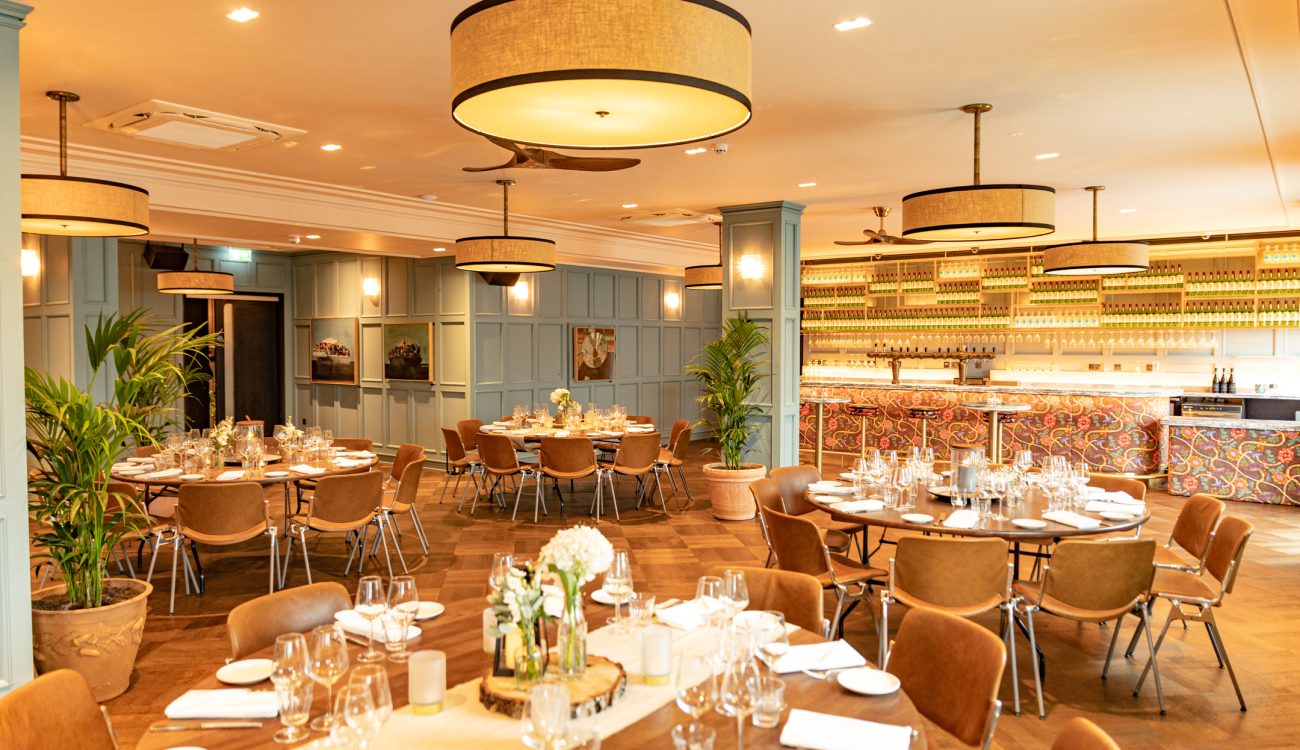 The Blue Room is a bright, spacious room which can multi-task to suit pretty much any occasion. We’ll do the heavy lifting: food, drink, music, DJs, dancing horses, whatever’s your thing for your Christmas Party. We have a private bar, dedicated kitchen and a smaller room which can be used as a breakout space. We’re super organised and lo-fi behind the scenes, making it happen for you the way you want. The Blue Room can accommodate up to 200 for seated dinner. 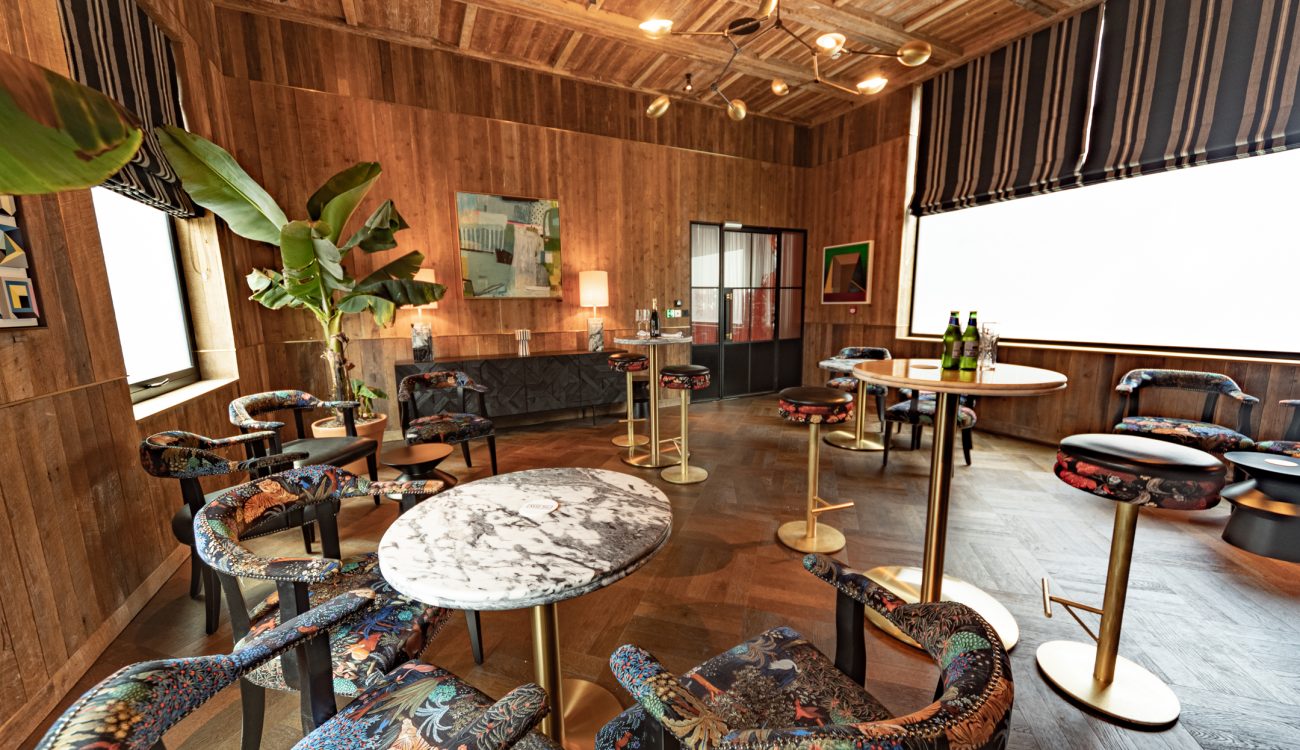 Our private space, The Green Room can accommodate groups of up to 40 standing or 30 seated. Our in-house events team will do all the hard work and help you organise your party from start to finish. 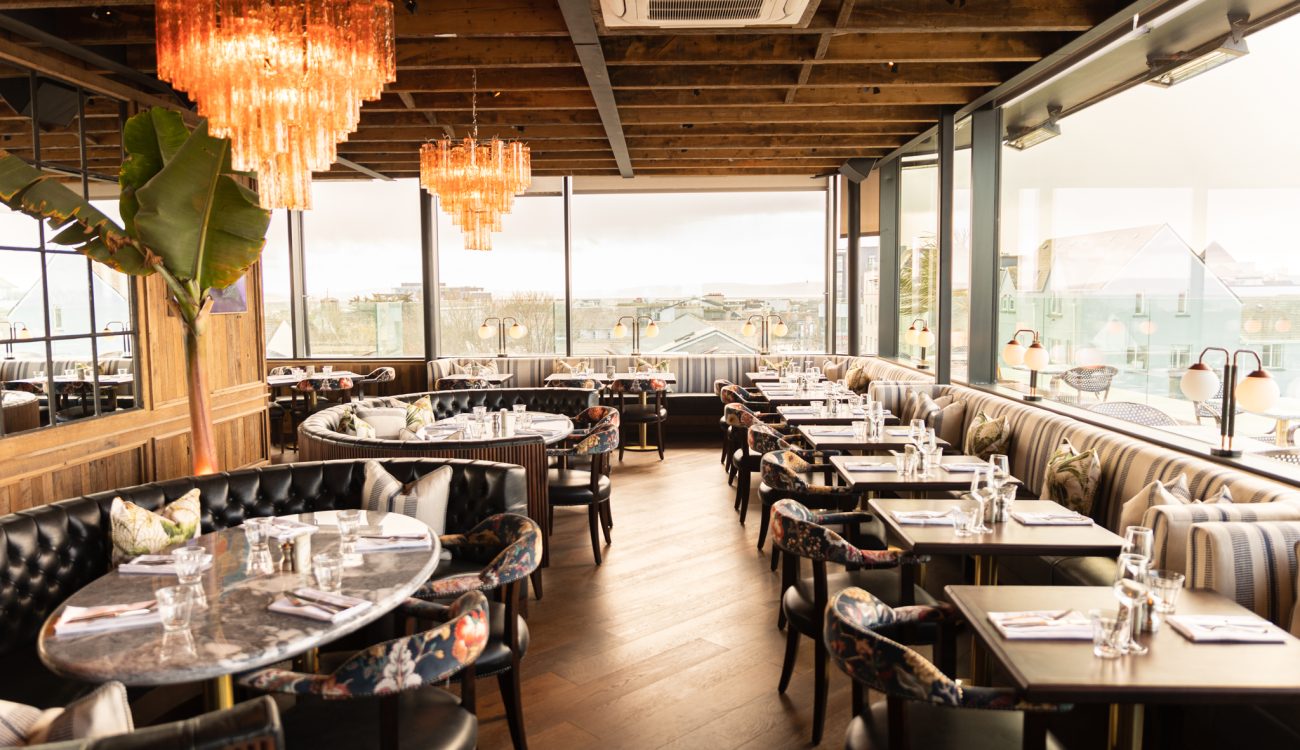 Soak in the views whilst you dine at Sophie’s Restaurant & Rooftop Terrace, complete with amazing panoramic views of Galway City, whatever the weather. Blazing sun, howling gales, she’s just beautiful. And fun. And friendly. And tasty. From our wood-fired pizzas and salad favourites at lunchtime to succulent steaks and fish specials at dinner, our chefs pack every mouthful with international and Irish flavours. We’ve also got a range of cocktails so good you’ll wanna work your way through the entire menu. The perfect all-rounder for a Christmas Party. 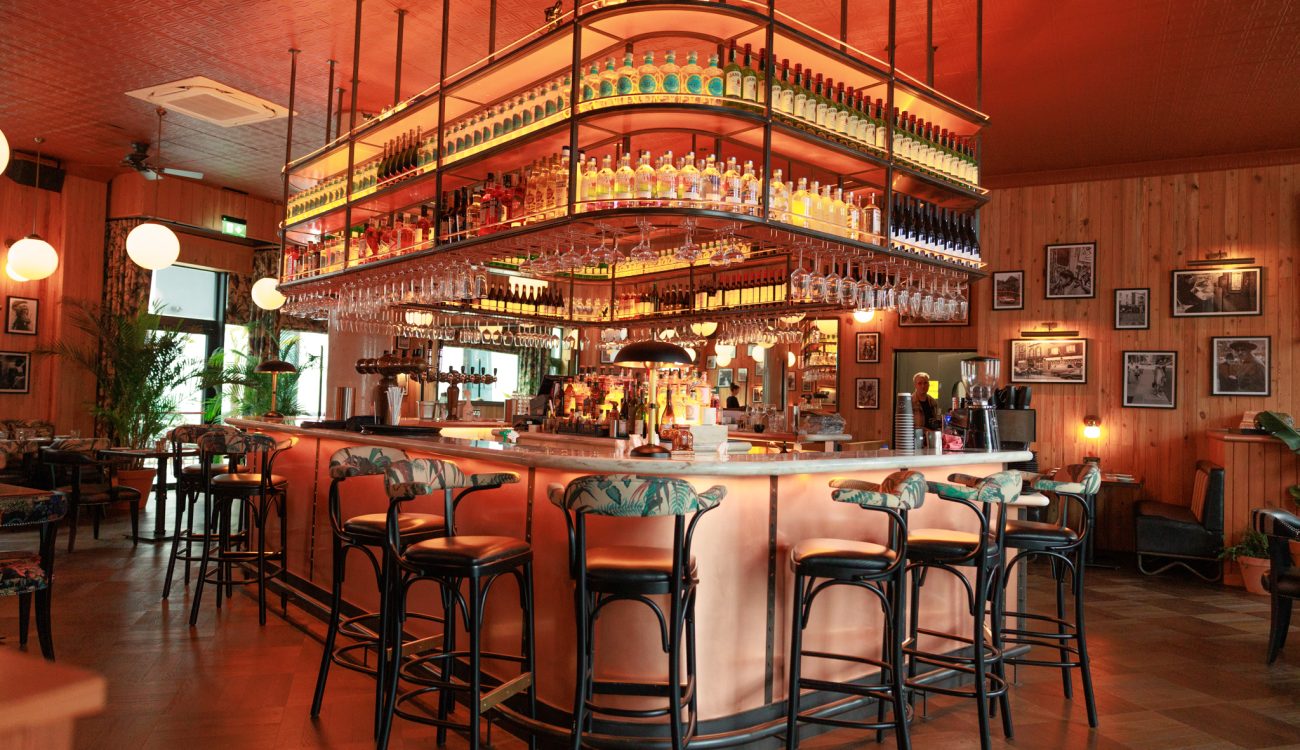 The famous restaurant, which originally hails from NYC, has stomped it’s way across Dublin and has now opened its first restaurant out West!

The menu is classic New York style dining, using the best of Irish, locally sourced ingredients. From fresh salads, gourmet burgers, delicious pastas, homemade desserts, and of course our world-famous chicken wings, there’s something for everyone at Elephant & Castle Galway.

We use cookies on our website to give you the most relevant experience by remembering your preferences and repeat visits. By clicking “Accept”, you consent to the use of ALL the cookies.
Cookie settingsACCEPT
Manage consent

This website uses cookies to improve your experience while you navigate through the website. Out of these, the cookies that are categorized as necessary are stored on your browser as they are essential for the working of basic functionalities of the website. We also use third-party cookies that help us analyze and understand how you use this website. These cookies will be stored in your browser only with your consent. You also have the option to opt-out of these cookies. But opting out of some of these cookies may affect your browsing experience.
Necessary Always Enabled
Necessary cookies are absolutely essential for the website to function properly. These cookies ensure basic functionalities and security features of the website, anonymously.
Functional
Functional cookies help to perform certain functionalities like sharing the content of the website on social media platforms, collect feedbacks, and other third-party features.
Performance
Performance cookies are used to understand and analyze the key performance indexes of the website which helps in delivering a better user experience for the visitors.
Analytics
Analytical cookies are used to understand how visitors interact with the website. These cookies help provide information on metrics the number of visitors, bounce rate, traffic source, etc.
Advertisement
Advertisement cookies are used to provide visitors with relevant ads and marketing campaigns. These cookies track visitors across websites and collect information to provide customized ads.
Others
Other uncategorized cookies are those that are being analyzed and have not been classified into a category as yet.
SAVE & ACCEPT 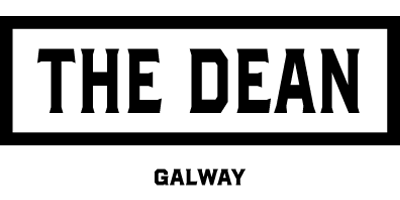 GET 15% OFF ROOM ONLY RATES